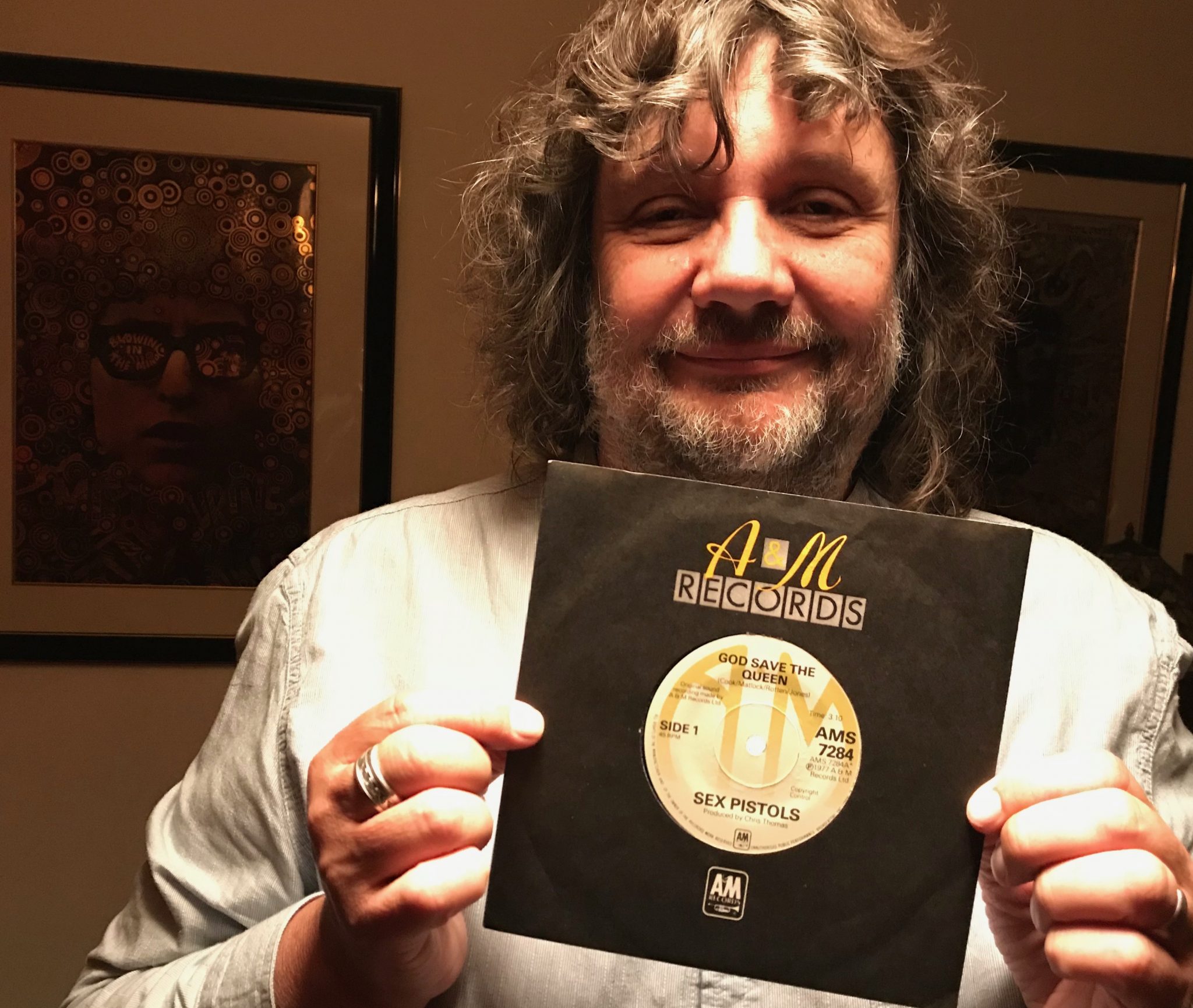 What’s the Rarest Record You Own?

This was a question that was posted in the Psychotron Records Facebook group a couple of weeks ago. (Thanks Mart…) It was a one of those moments where you find yourself biting at the inside of your mouth because you really want to say something…

In between loading and unloading vans, and juggling contractors and record boxes for the opening of the new shop, Pete was hot on the trail of one of those holy grail records.

Pete has succeeded again in finding one the rarest records – this one is the legendary Sex Pistols single, ‘God Save the Queen’ on A&M, worth over £14,000.

Never mind the bo**ocks, why the controversy?

When you think of the Sex Pistols then you probably think of the infamous Bill Grundy interview. In retrospect it is pretty obvious that the interview was was a well orchestrated PR stunt that would have inevitable consequences. You could probably argue that Grundy knew exactly what he was doing when he goaded the assemblage of Punk “anti-aristocracy”. Their record label EMI might not have been quite so clued in to the band’s intentions however.

1977 was the year of the Silver Jubilee. There was a fair amount of flag waving and national outpouring of love for the monarch. Lines like “God save the queen and her fascist regime” were never going to go down terribly well in the Daily Telegraph reading home counties. The single was banned – unilaterally – by all mainstream broadcasters.

After the Today show live television appearance where members of the band swore repeatedly they were dropped by EMI and quickly signed to A&M. The BBC time-machine website gives an interesting take on the situation.

Capitalising on a troubled reputation.

By this time the band had a reputation as troublemakers and were disliked by mainstream society. A&M staged the Sex Pistols signing to the label outside Buckingham Palace where again they outraged the media by sticking up the Vs.

The band then proceeded to misbehave at A&M offices and cause a scene outside a school which led to police involvement. This caused A&M to drop the band and destroy the recently pressed singles.

Despite the efforts to destroy all copies a senior executive kept a box of them and allegedly gave them as gifts to advisors and directors. It is one of these that Psychotron Records has procured. A retired legal executive who was advising A&M on property deals at the time was given a copy and told to hold on to it. Well he did. Never played the record but saved it for his retirement and was happy to meet Pete to sell the record.

The song ‘God Save the Queen’ has been written about many times over the 40 years since it was released. It was named as one of the greatest songs of all time by Rolling Stone magazine.

The controversy at the time gave John Lydon (Rotten) fame and notoriety amongst the young rebellious generation that supported the punk movement.

Psychotron Records opened the new shop at the same time as we bought the single.

Read all about it in the Birmingham Sunday Mercury 22/07/18 https://www.birminghammail.co.uk/whats-on/whats-on-news/new-boldmere-record-shop-selling-14921604

Pete will now be looking for the discerning collector who wants to give the single a new home.