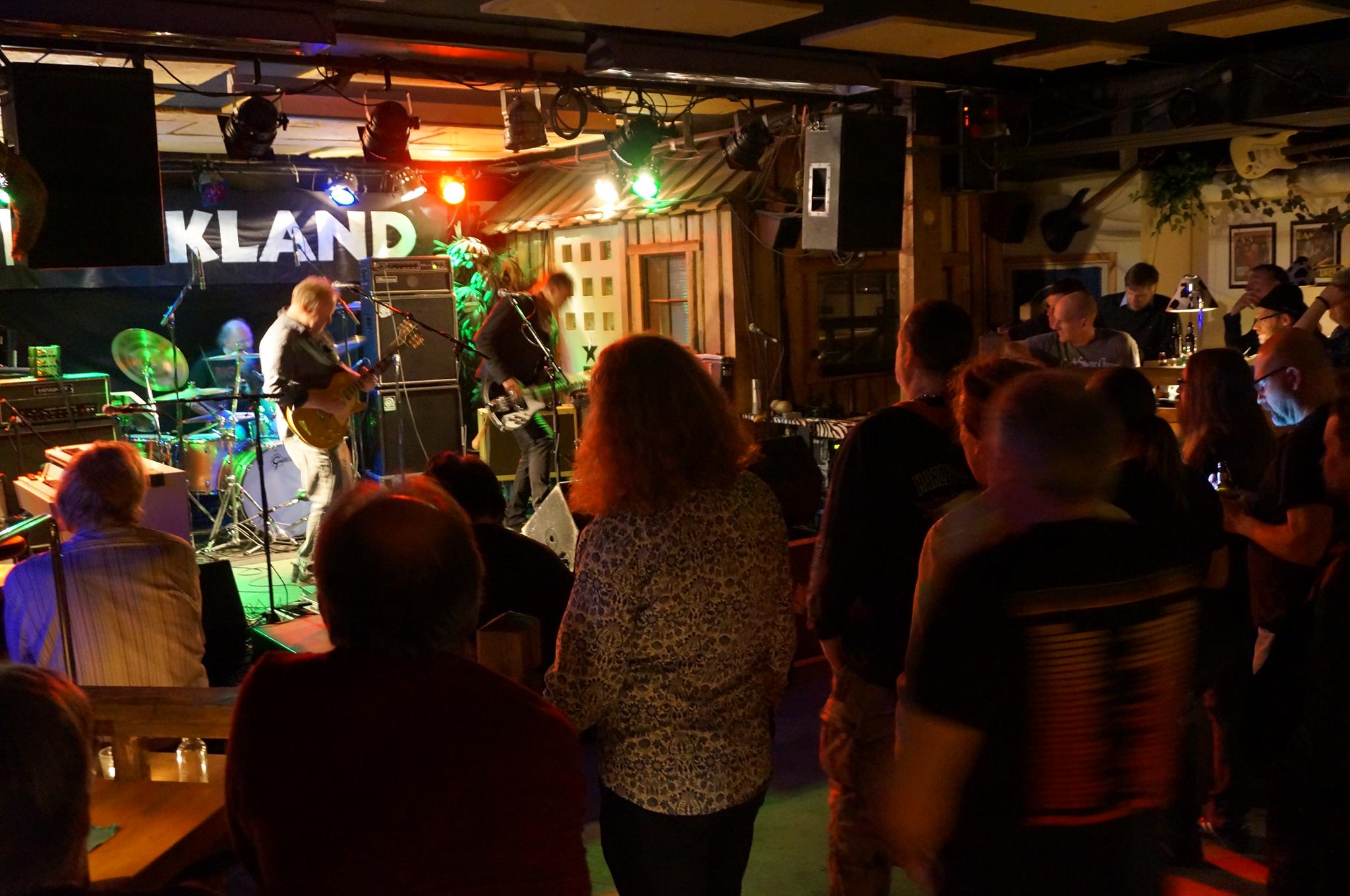 [/vc_column_text][vc_column_text]Pete has just returned from his travels again – this time a trip to Sweden to be at the first gig to support the launch of the SLAPRAN LP. They were supporting Anekdoten, a well known Swedish progressive rock band at the Rockland club in Sala.

The lovely, atmospheric and successful Club is owned and run Slapran’s drummer, Lenny Carr. This was a chance to see SLAPRAN play a rare gig.[/vc_column_text][/vc_column][/vc_row][vc_row][vc_column width=”1/2″][vc_single_image image=”980″ img_size=”large” add_caption=”yes” alignment=”center” style=”vc_box_shadow_border”][/vc_column][vc_column width=”1/2″][vc_empty_space][vc_column_text]Slapran are shy of the stage and despite having played together for over a decade they have not performed to audiences very often so this was a rare treat.

Pete had travelled from England to see it but there were others come from many miles away to see this performance.

We have known Peter for many years and spent many an evening in the underground rehearsal rooms listening to his music. It is a real pleasure to have SLAPRAN released onto vinyl at last, especially a British pressed record in a laminated flipback sleeve.

All of the band are avid record collectors so this was a dream come true for them! Next time perhaps they will opt for a gatefold embossed double album??[/vc_column_text][vc_facebook type=”button_count”][vc_tweetmeme][vc_googleplus][vc_pinterest][/vc_column][/vc_row]

To get the best collections for the shop we have to spend time travelling for records… Sometimes we get ...